In December, my husband and I visited Hawaii, staying in Honolulu for a week. Today (May 2020) there's a two week in-your-hotel-room quarantine for people arriving in Hawaii. I daydream about making taking a three week trip but probably not. So I'll reminisce.
Of course there were beautiful sunrises, such as this one, over Waikiki. But wait, that's a plant picture, a hau tree, Hibiscus tiliaceus (mallow family, Malvaceae), frames the photo. (This is after all, a botanical post).


Here's a close up of the flower that is on the railing above:

Honolulu has scenic hills. This photo shows the parking lot of the Lyon Arboretum (link). 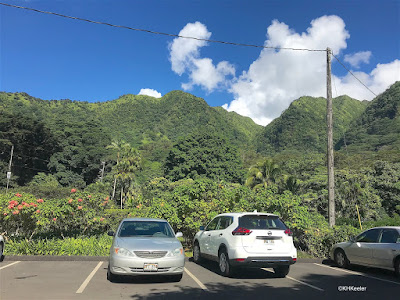 We were greeted by a little green anole. It is not native, Hawaii has no native amphibians or reptiles. I should wish it back in its home in Central America, but I like anoles. 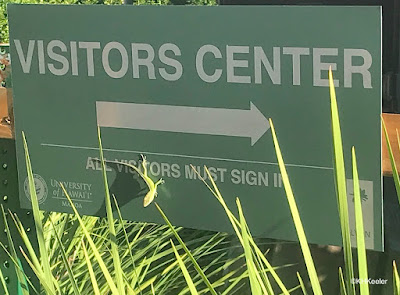 We wandered the trails, admired the plants, and had a docent-led tour talking about plants used by Hawaiians before Europeans came. There was lots of fun information in the tour, despite the fact that I needed to refresh my knowlege of Hawaiian plants. I particularly liked that the Hawaiian language used k's and l's sounds while Tahitian, similar but different, used t's and r's. Hawaiians want their culture told in their language, not Tahitian, so that the important crop (Colocasia esculenta) that I learned as taro, is now kalo. (No wonder I didn't recognize that one when first mentioned.)
We also took in pretty plants, for example, a beautiful rhododendron from New Guinea was flowering, 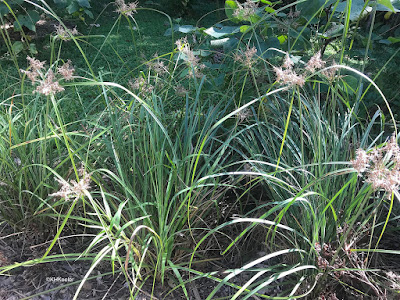 Another day we found the Koko Crater Botanic Garden (link)

The vistas seemed bleak: leafless trees (center) and hills that looked like they were shedding (and it kept showering, we narrowly missed getting drenched). 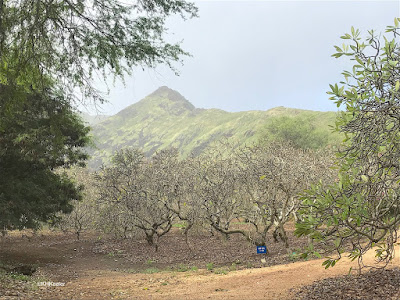 Ah, but those leafless trees are plumeria. The plumerias (called frangipani and temple tree elsewhere in the world, Plumeria, dogbane family, Apocynaceae) are from Central America. Some species are deciduous. That's what are planted above, and shown below. They go dormant, leaf out after flowering.
And some were starting to flower

I love plumerias, pretty flowers, sweet scent, interesting botany (link). So (until the rain really started to fall) I greatly enjoyed the plumerias that were flowering and wished I could see the garden when all those trees were in full bloom. Some day. 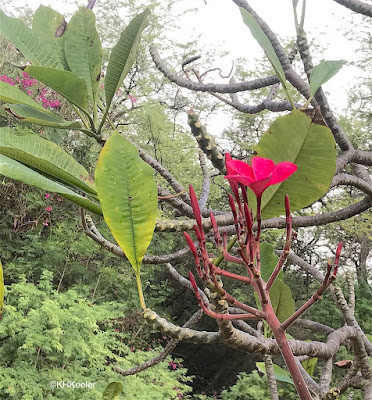 I've been to Hawaii repeatedly but it remains a botanical attraction.

Posted by A Wandering Botanist at 5:26 PM