It is mid September and the alpine zone in Rocky Mountain National Park is under several feet of snow.  The very short growing season there, about three months, 90 days, is over. Trail Ridge Road is closed for the winter. Of course animals prowl, from  elk to ptarmigan, and dwarfed conifers do a little photosynthesis on nice days, but often, from now until June, it is a bleak place, with bitterly cold temperatures and strong winds.

This post looks back at the alpine tundra in the middle of the growing season, in late July, walking easily-accessible places at the top of Rocky Mountain National Park.

This is the alpine tundra. Tundra is the biome too cold for trees, while alpine indicates that is due to elevation, not being close to the poles. Within alpine tundra there is variation, just like in other biomes: wet areas, dry areas, protected areas, exposed areas, etc. The alpine plants are miniaturized, though, due to the short growing season and severe conditions, and the different habitats are easily overlooked. 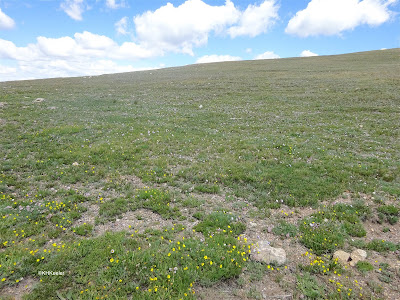 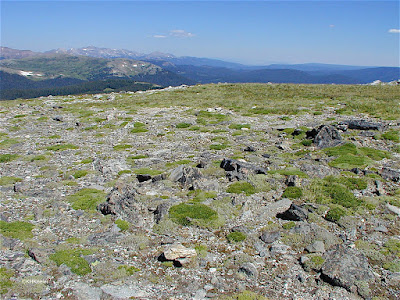 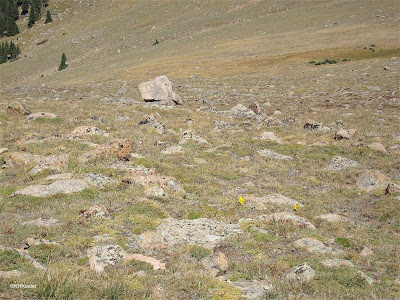 The landscape seems bleak until you get down to the level of the plants (less than 8" tall). Aren't they gorgeous?! 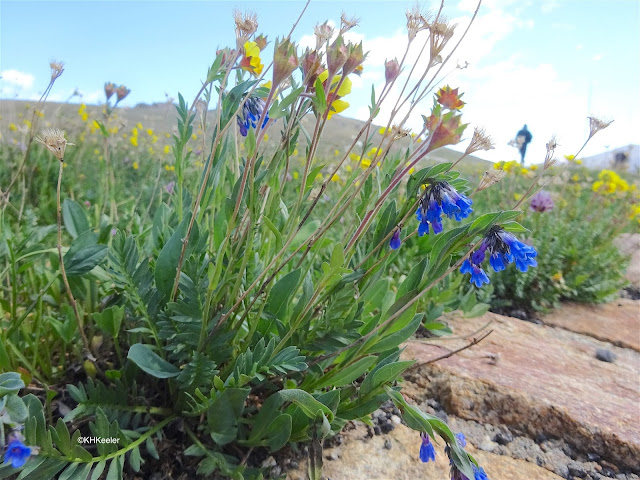 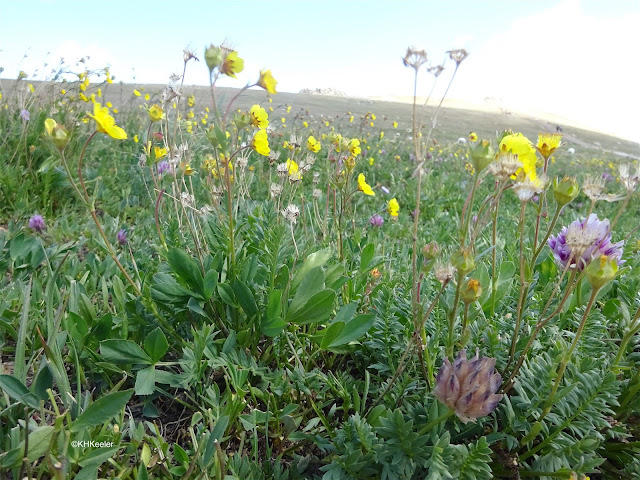 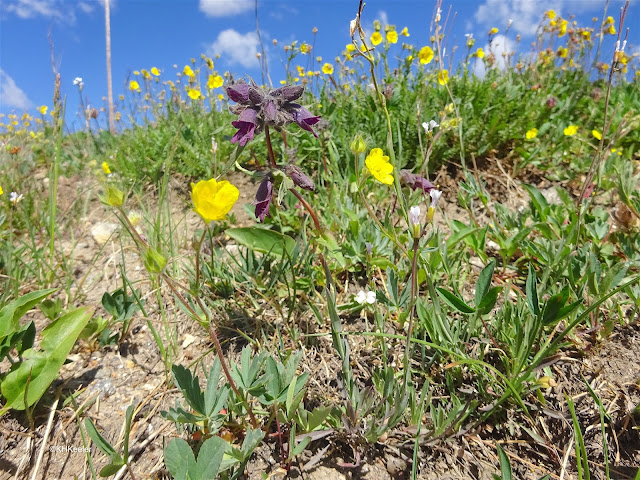 I took the photos above while standing in a road cut, which brought the ground up about four feet and made it easy to photograph the plants.

You don't have to know anything about them to enjoy their colors and shapes. But their adaptations to the world's coldest ecosystem are fascinating. I'll write about surviving in the alpine tundra next post.

Posted by A Wandering Botanist at 2:00 PM