In Toronto on a Sunday morning in June, we caught the Art Bus to the McMichael Center 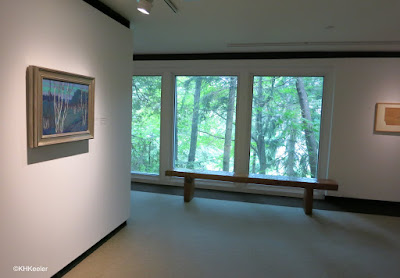 Just north of Toronto in Kleinberg, the Center was created in 1952 to display Canadian art, from both indigenous people and European Canadians. Although there were pieces by Canadians on not particularly Canadian subjects, the focus was art depicting Canada. Since Canada is a country of glorious natural beauty, it was a treat for a botanist and ecologist.

Read more »
Posted by A Wandering Botanist at 2:46 PM 1 comment:

They remind me of pinwheels 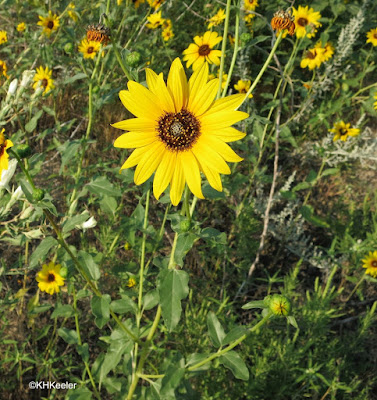 bright yellow flowers all along the highway. From western Nebraska and Kansas west across Colorado, they are prairie sunflowers, Helianthus petiolaris.

Read more »
Posted by A Wandering Botanist at 2:00 PM 2 comments:

In 2017, Canada is celebrating its 150th anniversary. I took a tour of Toronto with Road Scholar link

Toronto is not only the city with the largest population in Canada (2.7 million people), but it is the 4th largest city in North America, after Mexico City, New York, and Los Angeles. Greater Toronto has 7 million people. It sits along the north edge of Lake Ontario, so for Canada it is in the far south. Lake effects from the Great Lakes keep Toronto's climate mild, moist and unpredictable. 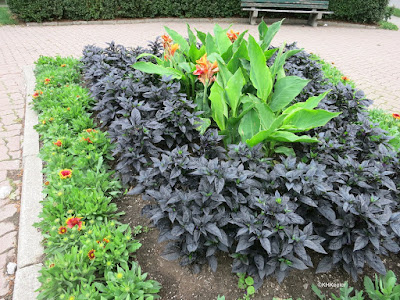 For me it is always a botanic tour, so here is a brief look at Toronto's plants.

Read more »
Posted by A Wandering Botanist at 1:00 PM 3 comments:

This gem is snuggled along the Yampa River on the north side of the city of Steamboat Springs. The six acres are divided into dozens of individual gardens, tended or supported by the Steamboat Springs community. Some have themes--the Blue Garden, the Butterfly Garden, the Painter's Garden--some just feature plants the gardener loves.

Read more »
Posted by A Wandering Botanist at 6:13 PM No comments: