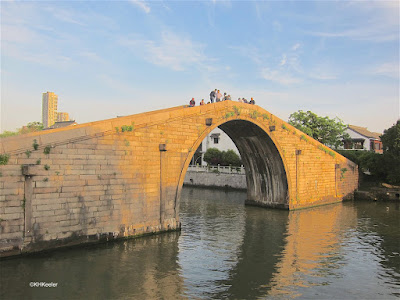 The Adventures of Felix Luna, a Travel Pillow

Ten years ago I'd been traveling extensively for about three years and realized a neck pillow would improve the long flights over oceans. In Denver International Airport I bought one. Not just a neck pillow, an animal. I named him Felix Luna, Felix since he's clearly a cat, Luna for the half-moon shape.

Now, celebrating ten years of travel together, Felix is quite the world traveler. 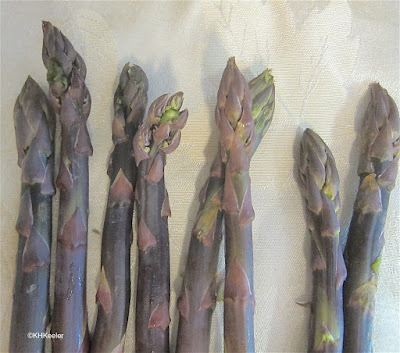 Read more »
Posted by A Wandering Botanist at 2:06 PM 4 comments:

Asparagus is an odd vegetable. We eat just the new shoots. Not leaves, not roots, not fruit.
It is also an old vegetable, eaten in the European tradition since at least Roman times. Read more »
Posted by A Wandering Botanist at 2:24 PM No comments: 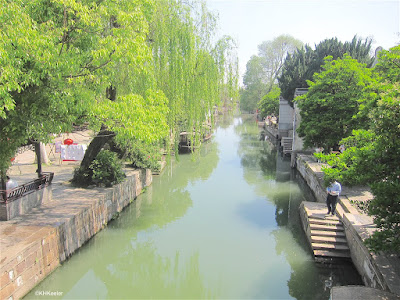 China's rivers run west to east, so moving goods from the south to the north and vice versa was difficult before trains and highways. The emperors solved the problem by connecting the rivers with a canal, the Grand Canal. When completed, it ran from Hongzhou in southern China (close to Shanghai) to Beijing, more than 1,000 miles.

In the 20th century, the Grand Canal fell into disuse and the once-prosperous towns along it shrank.

Lately, tourism has revived those towns. A number have been repaired and renovated as tourist attractions. Some have local crafts, others have traditional plays or music, all have restaurants and gift shops and boat rides. Most are very picturesque. I have been to four of them. Here I'll describe the one I most recently visited, Wuzhen.