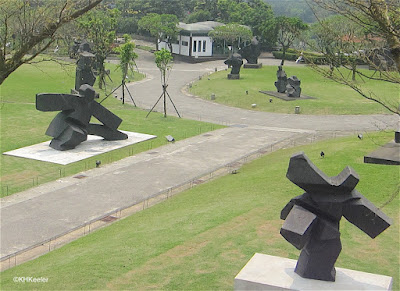 North of Taipei, Taiwan, nearly to the north coast of the island, is the Juming Museum. Sculptor Ju Ming created the museum and it is a piece of art itself.

Initially a woodcarver, Ju Ming (see biography at art net) works in media from styrofoam to ceramics to stainless steel.

I visited recently with San Francisco's Society for Asian Art.

Whenever I visit outdoor art installations I ask both "Does the location enhance the art?" but also "does the art enhance the location?"  For Ju Ming's art, often the answer to both was "yes!"

Read more »
Posted by A Wandering Botanist at 6:44 PM 2 comments: 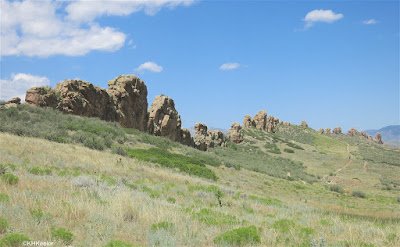 Devil's Backbone is a distinctive rock outcrop on the western side of Loveland, Colorado. 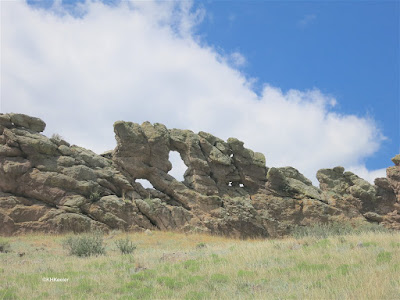 Along the northern side, the land has been preserved as Devil's Backbone Open Space (link). The hiking trails lead west and north through Rocky Mountain Front Range grasslands. It is a favorite hike of mine.

Here is what you might see in June.
Read more »
Posted by A Wandering Botanist at 3:30 PM No comments: 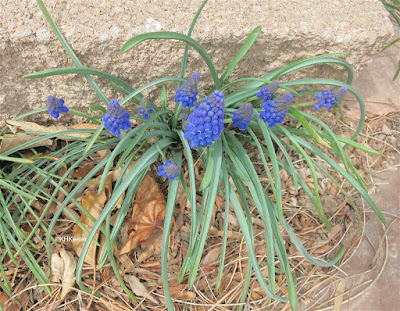 Grape hyacinths are pretty blue spring flowers, in my yard aggresively seeding in everywhere. Lets call them "easy to grow."

My grape hyacinths are in the genus Muscari but that common name is also used for plants in the closely-related genera Leopoldia and Pseudomuscari. None of them are especially closely related to garden hyacinths (genus Hyacinthus) although all of them are in the asparagus plant family (Asparagaceae). Originally botanists lumped grape hyacinths into Hyacinthus but in 1754 the grape hyacinths were split out of Hyacinthus and in 1970 Leopodia and Pseudomuscari were recognized as separate from Muscari. Muscari means "musk" in Greek, relating to its scent. Leopoldia is for Grand Duke Leopold II of Tuscany. Pseudomuscari is "imitation muscari", that is very like Muscari but not the same.

Read more »
Posted by A Wandering Botanist at 3:00 PM 3 comments:

The Familiar, the Introduced and the Native

Each of us spends only a few years as a child and wherever we happened to be often is learned as "home." Lilacs (Syringa vulgaris) were on the property where I grew up. I had no idea they came from Asia in the 1800s.

Rarely do we consider what "home" was like fifty years or two hundred years before we grew up there.

And yet, for North America, likely you wouldn't recognize home if you went back very far in time.