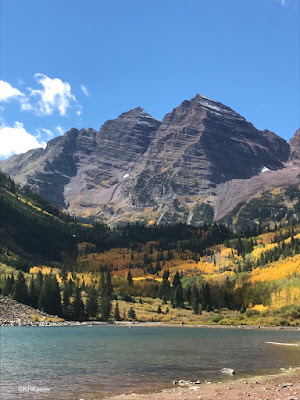 Maroon Bells, three bell-shaped mountains near Aspen, Colorado, are ranked as one of the best places to see wildflowers and bright aspen leaves in the Rockies.

The place is beautiful. It is also being loved to death.

Read more »
Posted by A Wandering Botanist at 2:59 PM No comments:

When I was a child, castor oil was a tonic commonly given to children. It was oily and we resisted.

In those days, I was told the plant that castor oil came from was called the castor bean. Although you still see it, the name castor bean is "out" today, because usually beans are plants in the pea family, legumes (Fabaceae) and castor, Ricinus communis, is a spurge, related to croton and poinsettia (Euphorbiaceae). You will see castor oil plant or just castor as we struggle to say it better.

You can see why the name: the seeds do look like beans.
Castor oil has been an important oil for millennia, but castor is a very poisonous plant.

Read more »
Posted by A Wandering Botanist at 8:55 PM 1 comment:

Gardens of Near Philadelphia, Pennsylvania 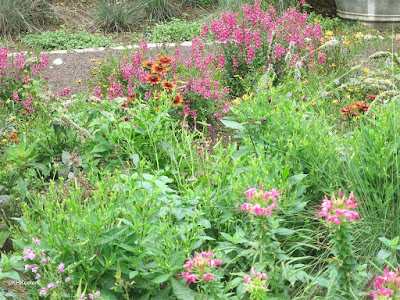 In 2016 I took a late summer garden tour of Philiadelphia and nearby areas with Road Scholar tours. I was born in New Jersey and spent my early years in Pennsylvania and central New York, but I've lived 49 years since in drier places, so I reveled in the greenness and the masses of bright flowers. This post celebrates the beauty of that region.

Read more »
Posted by A Wandering Botanist at 1:19 PM No comments: 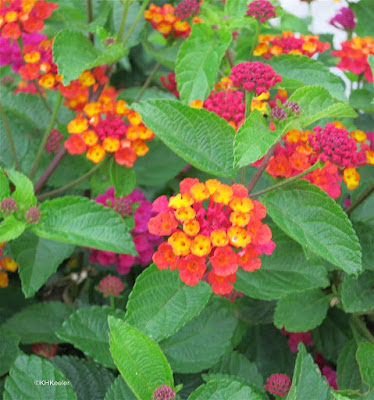 Lantana, Lantana camara (in the verbena family, Verbenaceae) is a common ornamental and an easy plant to recognize. It is a tropical American shrub, native to Central and South America. In wild plants, the open flowers in the center of the group are yellow while the older flowers around them are orange. But there were enough natural color variants and related species with flowers of other colors that to grow in your garden you can find lantana with flowers ranging from white and lavender to  pink, yellow orange and deep red. (link) 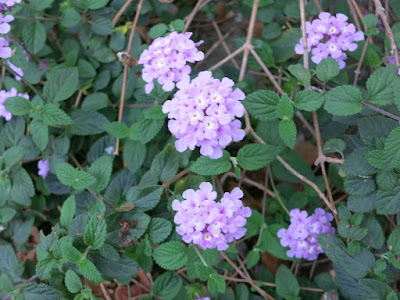 Read more »
Posted by A Wandering Botanist at 1:34 PM 2 comments:

Finding out whether a plant you want to gather and eat is safe to eat can be confusing. For some plants, you can quickly find sources that say both "yes it is poisonous" and others that say the exact opposite, "no, it isn't poisonous." Two examples are black nightshade (Solanum nigrum, tomato family Solanaceae) and elderberries (Sambucus spp., elderberry family, Adoxaceae). Both are described on the internet as both edible and poisonous. (Solanum examples: link link link) (Elderberry examples link link link)

Read more »
Posted by A Wandering Botanist at 5:34 PM No comments: