The island of Mallorca has beautiful beaches (earlier post), but the hills are lovely too. In the hill town of Valldemossa we visited a former monastery which was rich in plants and history.


A rambling old building, of which I have no exterior photograph (so see link), it was begun as a royal residence, then, between 1399 and 1835, served as a Carthusian monastery. After that it was a private guest house and today it is a museum.

Chenopodium album is a Eurasian plant that has established itself across most of the world. But you may well walk by it without noticing.

Chenopodium album is in the plant family, Amaranthaceae, the amaranth or pigweed family. Many places you will see it listed as having its own family, Chenopodiaceae, but recent work merged the Chenopodiaceae into the Amaranthaceae.

The scientific name says "white goose foot", the chen for goose in Greek,  podium foot, and album is white. The flowers are whitish, but so are the new leaves (picture above) so while the namer might have meant the flowers, I see white on every plant.


Part of what is the most fun with C. album is getting someone else to realize they know it. It goes by so many common names that it can hide in plain sight. For example:

We set sail from Barcelona in Catalonia, eastern Spain, for Mallorca on a tour with Gohagan Travel and the University of California Alumni Association. Mallorca is the largest of the Balearic Islands, four inhabited islands and some tiny ones, in the Mediterranean east of Spain. They are currently Spainish, but like much of the area, were once Phoenician, Carthaginian (Punic), Roman, and Moorish, Catalan, independent--at least--before becoming Spanish.

You'll see the spelling Majorca. Same place. The residents spell it Mallorca, so I will too.

Do you remember the James Burke tv series Connections showing surprising relationships between unrelated things? There are plant stories like that, for example, of orange, carrots and politics.

Wild carrots, Daucus carota, known as Queen Ann's lace in the U.S. (parsley family, Apiaceae) are native all across Europe and the Middle East. Humans have used carrots medicinally for a very long time (see for example Culpeper, 1814 edition of 1633 book; Mrs. Grieve 1932).) Carrots were first domesticated in Afghanistan, producing a readily-grown carrot that was, however, stringy and bitter. These carrots, distributed out from Afghanistan were multicolored: purple, red, orange, yellow and off-white, but especially purple and whitish. People all over Eurasia grew them for medicine, but also as a food flavoring. Like bay leaves or garlic cloves, they were added for flavor but not necessarily eaten.

About 1600, plant breeders in Holland bred a truly edible carrot. Everyone agrees that all our modern carrot varieties, even the heritage carrots, are derived from the carrot variety Long created in Holland at the beginning of the 17th century.

The Long carrot was orange.

Nobody can prove that the Dutch growers had a political agenda creating an orange carrot, but, whether or not they did, soon after that the orange carrot became very political.

Read more »
Posted by A Wandering Botanist at 5:29 PM No comments: 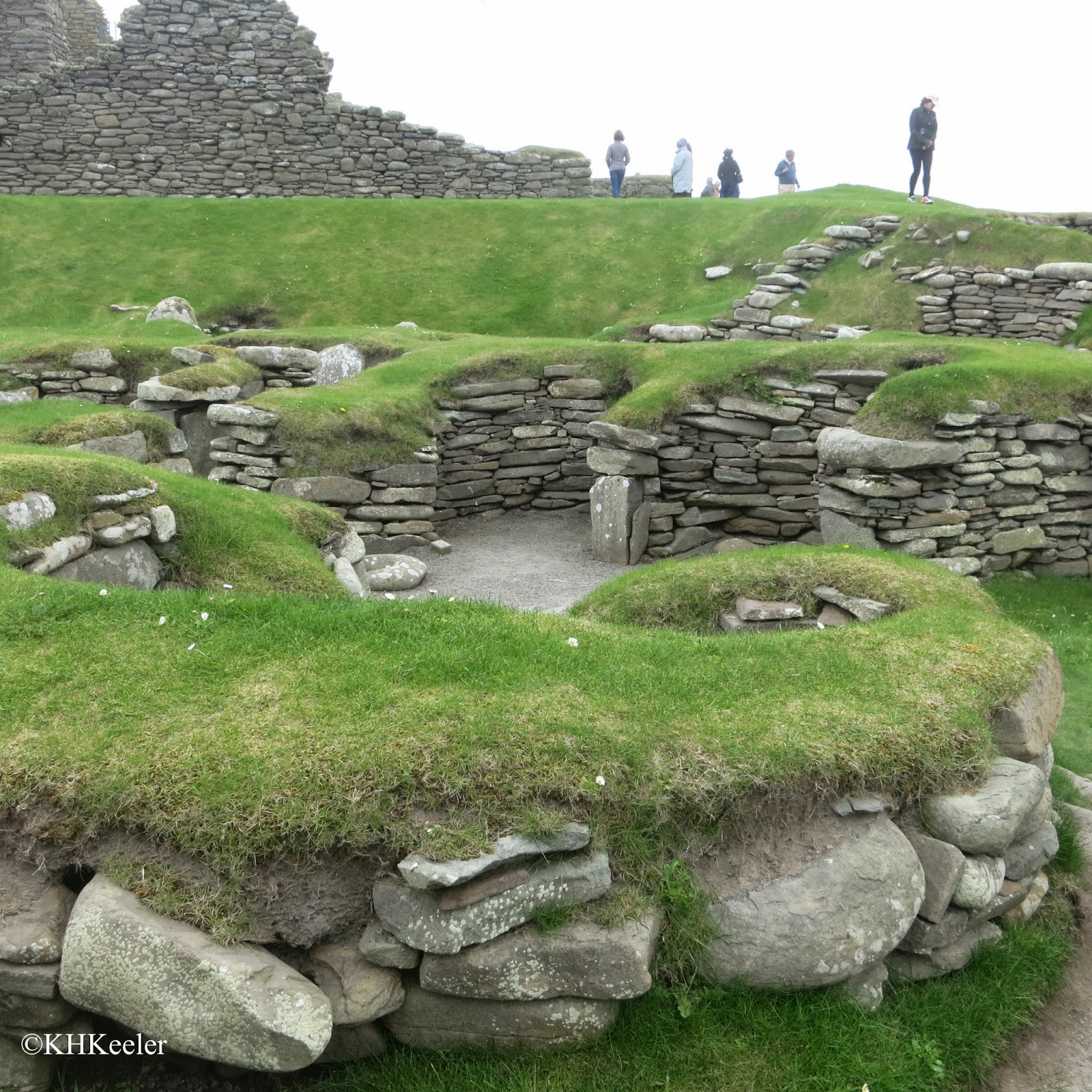 Northern Europe has absolutely marvelous archaelogical sites dating back thousands of years.
On Shetland I visited Jarlshof. Here, the brutal Earl Patrick Stewart built a fortified manor on the same site as a 800 BC Bronze-age village.

Today nobody lives there, but the ruins and artifacts are from the Neotlithic (2500-1500 BC), then Bronze Age, Iron Age, Pict, Norse and Scots' settlements! (link)
Read more »
Posted by A Wandering Botanist at 12:46 PM 1 comment: