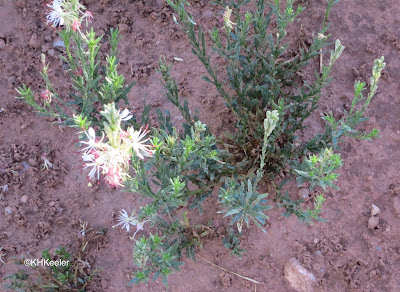 What is that little plant?

Across most of the United States you can find it growing on sandy, disturbed sites.

Scarlet gaura is native to central North America, from Manitoba south to central Mexico. In addition it has been introduced and has escaped from California to Maine (at least) that so it is pretty much continent-wide in North America. In California it is a noxious weed.

Read more »
Posted by A Wandering Botanist at 1:14 PM 3 comments: 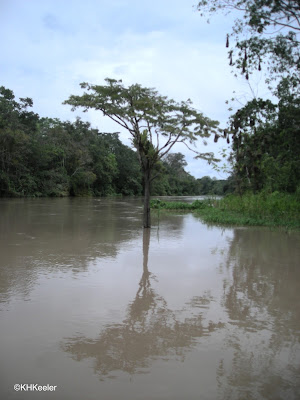 The Amazon Rainforest! The very name was romantic. And when I was in graduate school in the 1970s, the rainforest was rapidly being cut down. People predicted it would soon be gone.

But, fortunately for me, countries in the Amazon Basin have created great natural reserves to protect the plants and animals. Conservationists point out that some of those reserves are not well-managed and that fine-sounding national laws are not necessarily enforced, but compared to the 1970s, the situation is much improved.

There were two wonders of the world that I knew I wanted to see: 1) forests that flooded 10 or 20 feet during the rainy season, and 2) black and white rivers.

Read more »
Posted by A Wandering Botanist at 1:10 PM 2 comments:

Grasses. They're everywhere, but often unnoticed.

But if a grass were to tell about the world it would point out:

1) There are a LOT of grasses. 11,337 species, making them, the Poaceae also called the Graimeae, the 4th largest plant family.

Read more »
Posted by A Wandering Botanist at 2:30 PM 2 comments: 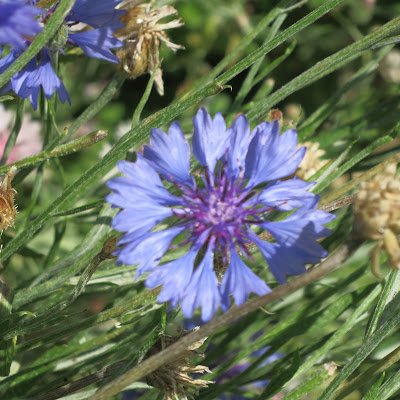 Cornflower? Why would they call it a cornflower?

That is a typical American reaction to the English name for a bachelor button, Centaurea cyanus.

The story is this:

Read more »
Posted by A Wandering Botanist at 2:26 PM 1 comment: 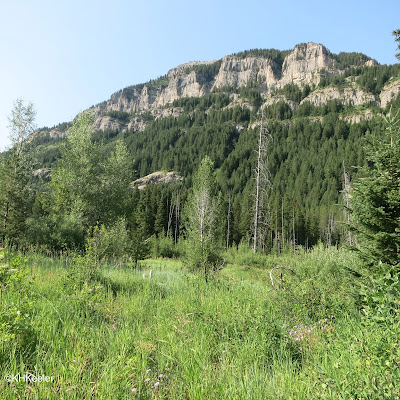 On the trip to the Botanical Society of America meetings in Boise, Idaho in 2014, we looped back to Colorado via Driggs, Idaho. Staying over night in Driggs, we took the nearest easy hike available and it was gorgeous. Just east of Driggs we drove Ski Hill Road to the Teton Canyon Trailhead, just across border in Wyoming.

Read more »
Posted by A Wandering Botanist at 7:32 PM No comments: