"Ordinary" is a point of view. One person's ordinary is another person's rare and exotic observation.

I frequently hike along the trails in the foothills of the Rocky Mountains in Larimer County, Colorado. An ordinary plant growing along the trails is a small sunflower, Helianthus pumilus (daisy family, Asteraceae), called the dwarf sunflower or bush sunflower. It is pretty common on the trails and one quickly ceases to notice it. But, it is endemic to this area and you won't see it more than 250 miles north (Casper WY) or 200 miles south (just southwest of Pueblo, CO). Looking at the specimens recorded by the Rocky Mountain Herbarium (link), it doesn't occur  lower than about 5800' or higher than about 8000.' The only place in the world it is an ordinary plant is right here. 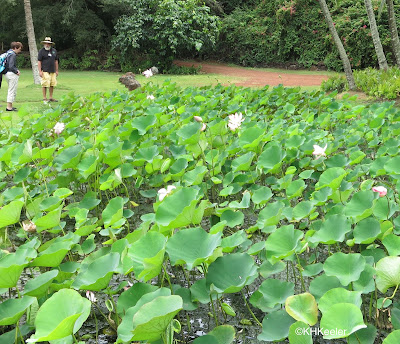 "As a lotus flower is born in water, grows in water and rises out of water to stand above it unsoiled, so I, born in the world, raised in the world having overcome the world, live unsoiled by the world,” wrote Siddhartha Gautama Buddha.  Thus, the lotus is an important symbol in Buddhism.

Buddha's imagery is an accurate description of the life of lotus plants. 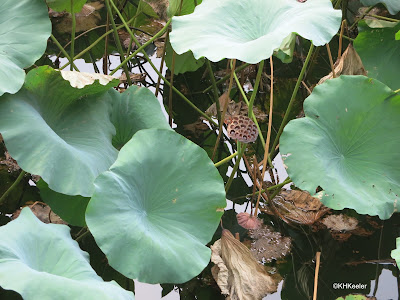 Lotus, also called the sacred lotus, Nelumbo nucifera (lotus family, Nelumbonaceae) has been grown across Asia for millennia. Not just beautiful, it is an important food plant. The leaves, rhizomes ("roots') and seeds are edible (link).

Read more »
Posted by A Wandering Botanist at 1:49 PM 1 comment:

Frisians? Who are the Frisians?

I first remember asking that question in reaction to a Great Courses course (link) about the Vikings. The Vikings came out of Scandinavia as raiders about 700 AD. Better ships, more seaworthy on rougher seas, made that possible, but authors only speculate on the social and cultural forces that motivated Scandinavians to become Vikings. Before 700, the people of Scandinavia were thought to be a backwater of Europe. But not really so backward, the course suggested, because they traded with the Frisians who traded with the Romans, so that all manner of Roman Empire technology made its way into Scandinavian villages.

So who were the Frisians? When a tour (National Geographic Expeditions, see details) offered a stop on the Frisian Islands, I was in! 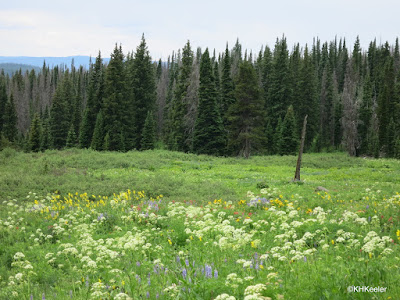 We looped through the mountains of northern Colorado and southern Wyoming this last week (June 28-July 3 2015). In May the snowfall in this area was particularly heavy, resulting in a relatively late snowmelt and an abundance of water for wildflowers. 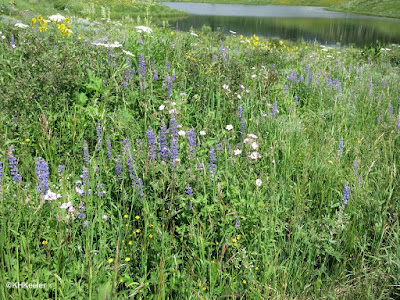 Read more »
Posted by A Wandering Botanist at 12:36 PM No comments: