I wrote recently that the wonderful trees of any particular location in the modern tropics were drawn from all over the world, many of them in the 16th century as Europeans explored and colonized.

The same applies to smaller plants 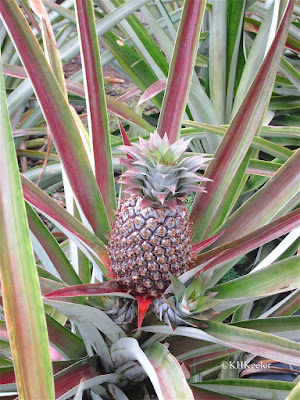 Chilis, chili peppers (Capsicum species, tomato family Solanaceae) are from the American tropics but they were carried all over the world in the 16th century and became essential in cuisines from Hungary to Sechuan.

Spaniards discovered sweet potatoes (Ipomoea balatas, morning glory family, Convolvulaceae) growing in the Caribbean and Mexico and carried them to places as distant as Africa, Polynesia and Japan. Earlier, the Andean sweet potato was carried to Polynesia across the Pacific but in the 1500s people happily added the second variety of sweet potatoes to their diet.

Many Central and South American countries depend on sugar for a large part of their income, but sugar (sugar cane, Saccharum officinarum grass family Poaceae) is native to tropical Asia. It has been in high demand for millennia, but there were few places around the Mediterranean where it could be grown. World production surged when suitable areas were found in the Americas.

Cotton (the genus Gossypium, hibiscus family, Malvaceae) has native species all over the tropical world. Eurasians have for thousands of years spun their native cottons while Americans spun theirs. The American cottons have the longer staple length (fiber length) so have largely replaced Eurasian cottons in commercial prodution. "Egyptian cotton" is native to the Americas but grown in Egypt.

Ixora or flame of the woods (Ixora coccinea coffee family, Rubicaceae) is grown as an ornamental all over the troopics, but it is from India

And so it goes. Plant after familiar plant has an international distribution as a result of human transport. Today it is easy to look up origins online so we are better informed and less often surprised.

I think that our attitudes have greatly changed. Surely the initial motivation was to share a great plant with people elsewhere. Today we question importing and growing "alien" species.

Why worry about having non-native species? Often because the natives are declining in numbers. Plants endemic to (found only on) a tropical island have no reserve populations should they get so rare their pollinators cannot find them. A hundred years ago, it was hard to imagine how vulnerable some native species are.

In moving plants to new continents, we also discovered that often they grew better.  Taken out of its natural habitat, a plant left behind its natural enemies--viruses, bacteria, fungi, insects, birds, mice, deer, monkeys...anything that ate it. In the new land, the organisms that specialize on eating the introduced plant are simply not there. Even if the generalists that nibble everything like it, that is still many fewer enemies than in the plant's native range. So often the plants grew better than they did in their region of origin. This effect created some nasty weeds but it has been a boon to the world's economy: many of the places that are the big producers of economically important tropical plants today are half a world from where the plant is native, for example chocolate in Africa and bananas in the Americas.

One plant for which moving to a new continent did not work was vanilla. Vanilla (Vanilla planifera, orchid family Orchidaceae) was taken all over the world, but although it flowered in diverse locations, no pod (vanilla bean) was produced. Vanilla requires a very specific pollinator not found outside the American tropics. When growers figured that out, they pollinated vanilla flowers by hand, which solved the problem.

With all the biological complexity and specificity of the tropics, it is surprising that there weren't more plants that failed to find all their requirements when moved to a new continent. Or maybe there were, but if the plants died, we may not to remember the unsuccessful introduction, especially if was a hundred or more years ago.

But many transported plants were resilient and today can be found growing well in South and Central America, Africa, India, Southeast Asia, Polynesia and more.

The good news is: since so many tropical plants are widely planted, when you learn some in Costa Rica that information will likely be useful to you wherever you travel in our world's tropics. But do note and appreciate natives, wherever you are. After all, all those widely cultivated plants are native somewhere.

Blogs in this series with more information on some of these plants:
Bird-of-paradise link
Heliconia link
Pineapple link
Sweet potatoes link 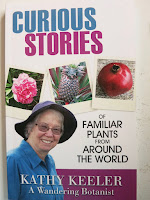 Posted by A Wandering Botanist at 2:20 PM