A Glimpse of Phoenix, Arizona

My husband and I traveled to Phoenix, Arizona, in early December; the goal to get away for a few days. Mostly we went to museums and ate out. But we were in Arizona because it is mild in the winter, and even in a musuem trip, I couldn't miss the distinctive plants.

Colorado was dry and, though unusually warm for December, brown from frost, the plants dormant for winter 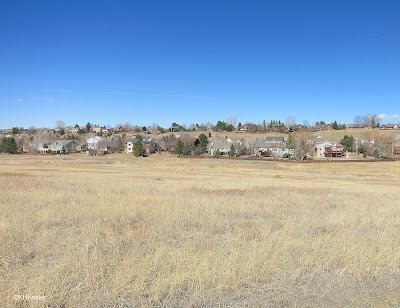 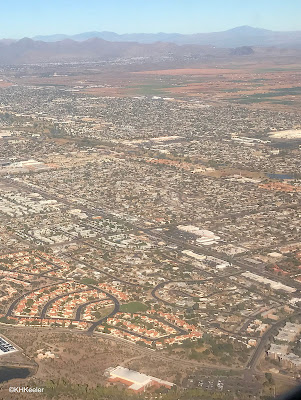 But there was in fact, plenty of green: 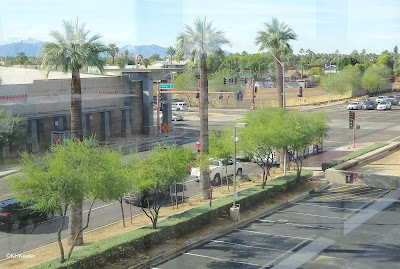 Water limits plants in Phoenix, not cold; frosts are rare and usually light.

The roadsides frequently had saguaros (Carnegiea gigantea, cactus family Cactaceae) the amazing big columnar cacti. I first saw them in western movies! I still get a thrill seeing them. It is such a strange plant, and seeing them is always special for me. They don't look like oak or maple trees, really, but they too dominate the landscape.
Phoenix's highways had lots of natives to admire, cacti and shrubs of the region, but I couldn't take good photos. 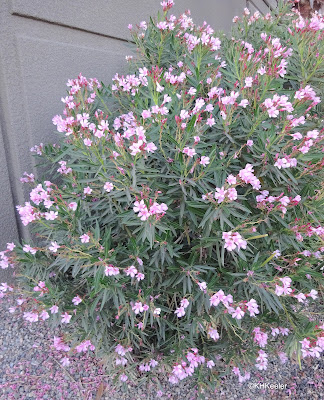 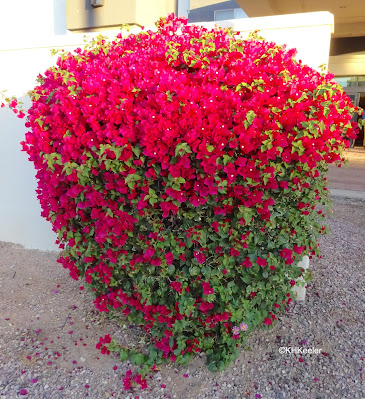 But also desert southwest plants such as this barrel cactus (maybe Echinocactus): 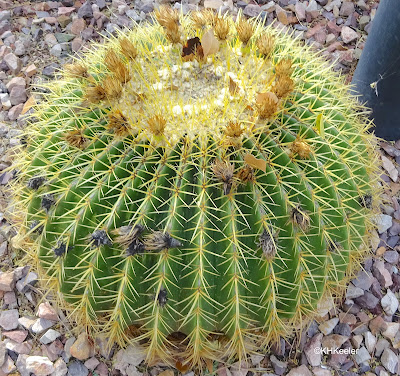 See the rows of big cacti in this office "lawn". Beyond the barrel cacti are blueish agaves (Agave)...a planting combination you won't see much of anywhere else in the US. 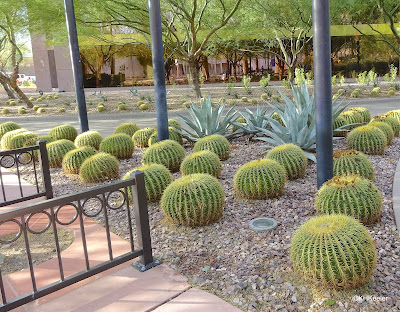 Although they seemed less common than the generic yard plants, I saw other arrangements of native, water-efficient plants, for example, these columnar cacti behind (what I think are) yuccas. 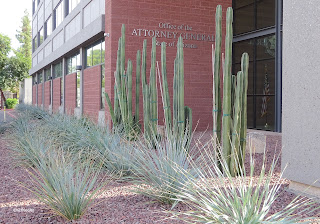 Long lines of palms as street trees shocked my cold-climate eyes. Strange trees. I've never lived where palms can grow. They don't seem to cast much shade, so I wondered how they compare to other street trees. 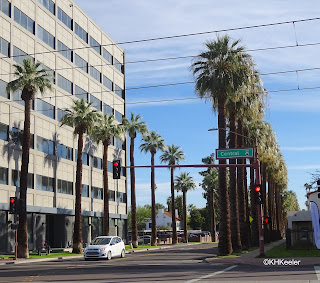 There were shrubs in hedges and edges that I don't know enough to identify: 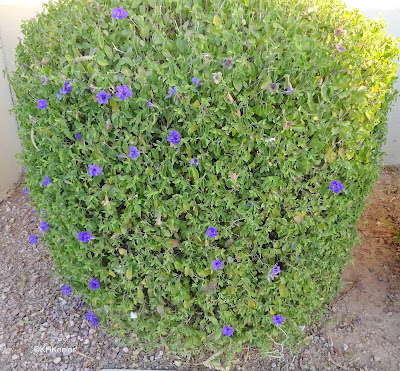 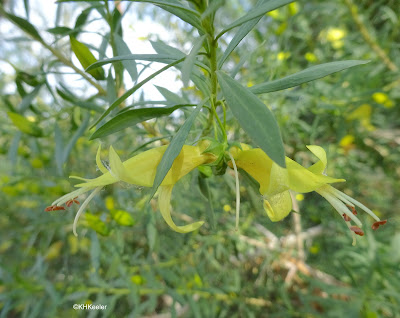 So many flowers in December!
Phoenix's climate allows growing wonderful plants. What I didn't see on a mild December day was the scorching summer heat that limits their options. Any perennial has to survive high heat and low humidity. Urban plantings are watered of course, but they still have to endure temperatures over 110 F. (www.currentresults.com said "Nearly every day during summer, the temperature in Phoenix tops 99 °F."  their boldface) So, give the plants in my photos credit: they are tough!
I used strange a couple times above, because saquaros and barrel cacti and palms are all plant forms different from my usual oaks and rose bushes. It is one of the joys of travel: places where the plants have unfamiliar shapes.
Our days in Phoenix in December had highs in the 70s, very pleasant!
As you can tell, a successful winter escape.
Comments and corrections welcome.

Posted by A Wandering Botanist at 12:03 PM