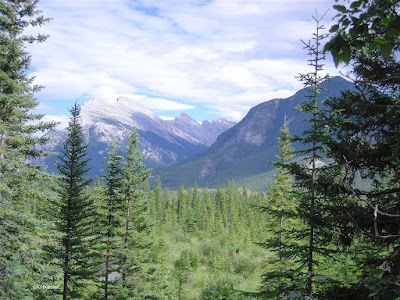 It has been some years, but we flew to Calgary, Alberta, Canada, rented a car and drove the Ice Fields Parkway through the Canadian Rocky Mountains. It is 277 miles from Banff (a hour west and a bit north of Calgary) to Jasper, Alberta, where the road divides and most vacationers turn around and head back to Calgary. It makes a spectacular vacation.

I live on the foothills of that same mountain chain, about 1000 miles south. So wouldn't it be the same?

Well, no. First, 1000 miles is a long way. Summer highs are much cooler in the Canadian Rockies, winter lasts longer.  That shifts the plant and animal community. While Colorado has southern species that don't like Canada's cold, high Arctic species make their way along the Canadian Rockies and not into Colorado. There are substantial historical differences as well. During the Ice Ages of the Pleistocene, 1-2 million years ago, glaciers covered all of Canada, in particular during the Wisconsin Glaciation, the last major glacial advance (link). In Colorado, the mountain glaciers expanded greatly but did not move out onto the plains or across the Great Basin. There are still more, bigger glaciers in the Canadian Rockies than in the Colorado Rockies. 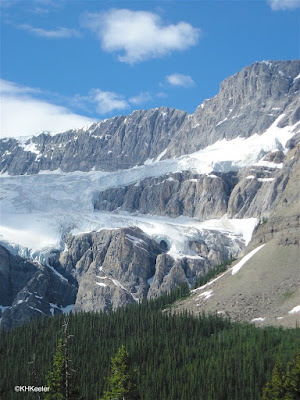 Even if all those were the same, no two mountains are identical. If you like mountains, the Canadian Rockies would be worth seeing. 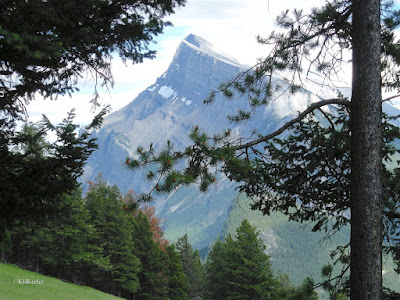 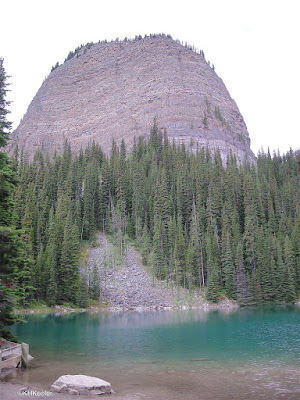 I of course loved the plants. The lower plant zones found in Colorado are pretty well missing from the Canadian Rockies so it was an easier place to see Englemann spruce (Pinus engelmannii) forest and above that, subalpine fir (Abies lasiocarpa) than in the Colorado Rockies.

Just a bit earlier, this wwas a meadow of pinkish pasque flowers (Anemone patens), here about the first of July, they are all decked with their feathery seed heads.

When I walked out onto the tundra, above treeline, the vista looked like the top of Rocky Mountain National Park's Trail Ridge Road in Colorado, 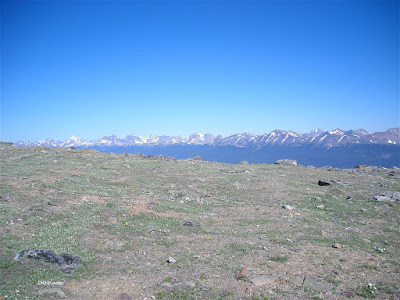 but I didn't gasp for breath. In Colorado, treeline is above 11,000 feet above sea level; in Jasper, Alberta, it is at 7,500 feet. That shows the impact of latitude. Much cooler temperatures. Treeline is pretty predictably found where the warmest month has an average temperature below 50 degrees Fahrenheit, which is at lower elevations the farther north you go.

The tundra was gorgeous 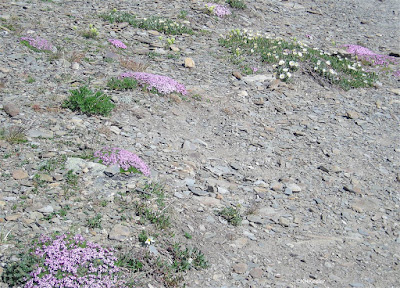 The marmots were very tame: 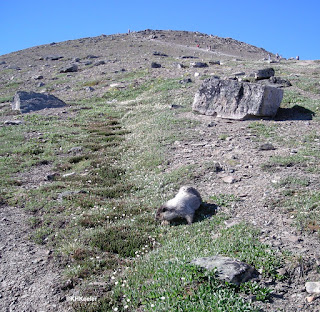 In sum, the Canadian Rockies were a delight. If you are dreaming of summer escapes, consider them! 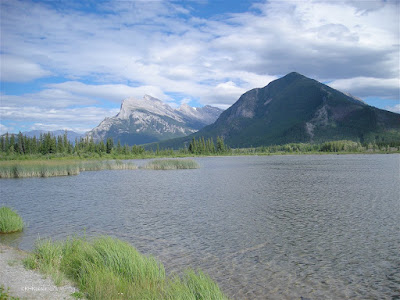