We love going to Washington, D.C. to see the museums. Having been there several times, my husband and I are now finding lesser-known museums. This trip, one was the National Bonsai and Penjing Museum. Who knew! 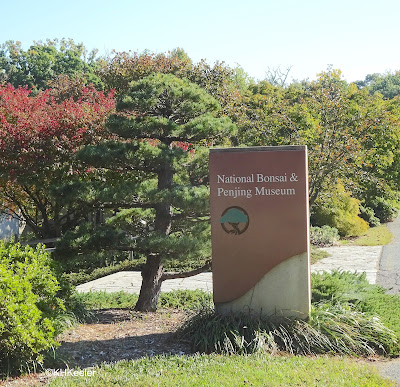 Bonsai is the Japanese name for the art the Chinese call penjing (and vice versa). Both countries have a very long history of growing miniaturized plants. The museum had some awesome pieces--I'll call them bonsai because it is the more familiar name. Both awesome in age and beauty.

The museum was lovely! 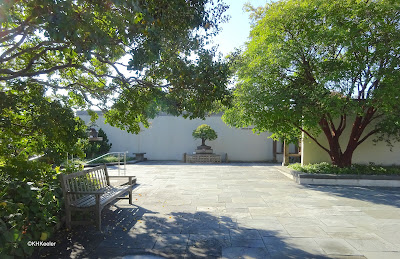 The bonsai plants were gorgeous. Some had been "in training" for 100 years or, in at least one case, 400 years. They were given by American, Chinese, and Japanese, and probably other donors, often the description said the plant was already generations old when donated. I couldn't help imagining the anxiety of giving an elegant, tiny tree that your grandfather had first shaped, to a museum. Would they care for it properly? The trees looked great: the curators had in fact carefully tended the plants. (Though they would have told me that donations are needed, because a bonsai collection requires a lot of skilled work.) 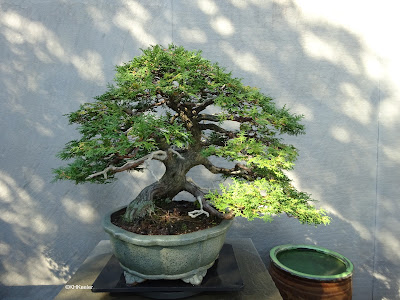 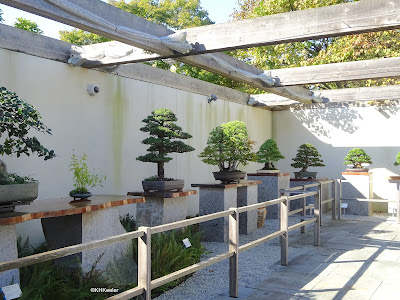 The collection had most of its plants outside, since Washington has a generally mild climate. There was also a room of tropical plants as bonsai, since those need warmer temperatures. Two different (roofless) rooms featured Chinese and Japanese work separately; the Japanese tended to have simply a carefully trained plant in a pot while the Chinese included rocks and sometimes tiny figures that imitated a classical landscape painting. 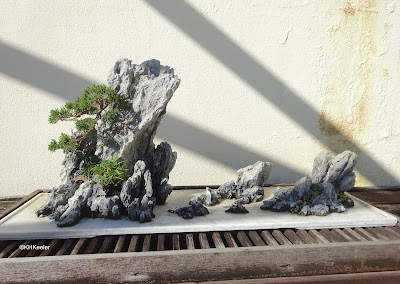 The diversity of plants used was really interesting. In addition to pines and firs were maples
camellias
and lots of others.
There were also collections that looked like small flower arrangements, although the plants were rooted and in a shallow bowl. Since these were on display in the National Bonsai and Penjing Museum, clearly herbaceous plants can be made into bonsai as well.
Most plants will miniaturize if grown in very shallow soil. The key is just enough water, which is tricky. And, not feeling sorry for the plants and moving them to bigger pots. That's why I don't have my own bonsai, I gave them larger pots and they grew too big. But even if I can't grow them, love looking at bonsai! 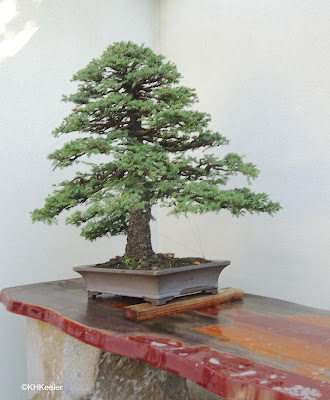 Check out the National Bonsai and Penjing Museum if you are in Washington, D.C. !
Comments and corrections welcome.
Kathy Keeler, A Wandering Botanist
More at awanderingbotanist.com
Join me on Facebook: https://www.facebook.com/AWanderingBotanist
Posted by A Wandering Botanist at 2:08 PM