From Introduced to Naturalized, North Americans

I am reading Robin Wall Kimmerer's Braiding Sweetgrass. I am going very slowly because the ideas are important to me. As Lawrence Durrell wrote in Balthazar, "one [idea] to be taken from time to time as needed and allowed to dissolve in the mind." 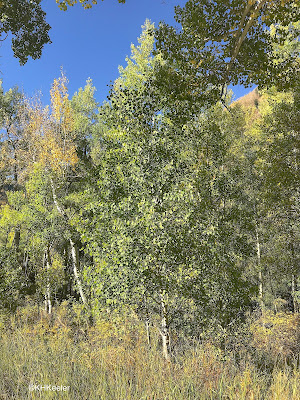 The current suggestion of Kimmerer's that is dissolving in my mind is her suggestion that people living in North America become native. If, like me, all our ancestry (as far as I know) is European, becoming native isn't an option. Nevertheless, North Americans with roots outside North America can, like many plants and animals, naturalize. In a way, we already have, if naturalizing means being born, raising families, and dying here. But a naturalized mindset is needed, to make our way of life stable and sustainable. Kimmerer doesn't think non-Natives can or should seize indigenous concepts and convert, but rather, should build a hybrid culture, one that nourishes the other inhabitants of North America--animals, plants, and humans, and uses resources sustainably. 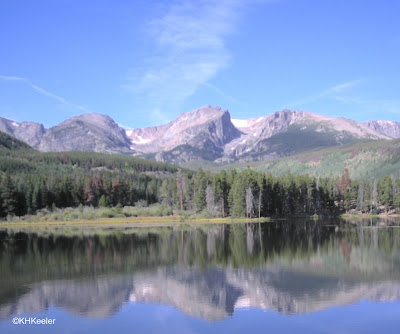 That's a tall order. It was only a few generations ago, at least in western North America, that people coming from elsewhere, whether directly or via the coasts, saw the place as empty and full of danger.  So they shot bears and wolves and snakes because they were potentially dangerous (or worse, for fun). They turned up the soil, planting as much as they could, to hold hunger at bay, and, then, to become rich. They brought animals and plants from Eurasia because they didn't know or value North American animals and plants.

But in fewer than 200 years, North America has changed. The land has filled with people. It belongs to individuals, who should, as naturalized, manage it for the distant future. Or the land belongs to the government, making conserving it everyone's duty. Huge areas are cities, or roads, or crop fields: the wild animals are getting by on tiny areas and are likely to be attacked by humans if they cross boundaries invisible to them. The prairies, meadows, and mountainsides of wild plants are not appreciated; they are destroyed for housing developments, golf courses, and medical complexes without a thought for their lives and animal lives they sustain.

Our values haven't kept up. We are proud to be citizens of only this country and yet live like its resources are boundless. People who think about the big picture have been trying to tell us to be careful with our resources for years, but we've been so delighted to have them (compared to barely getting by, as was the case for many of our ancestors outside North America) that we are reckless.

Kimmerer has me thinking about how we would live if we felt we were part of North America, valuing its mammals, birds, reptiles, insects, amphibians, fish, trees, shrubs, herbs, fungi, algae... and trying to ensure they will be here in 200 or 400 years. What would that look like?

I was trained as a professional geneticist and ecologist at major U.S. universities. That education was about numbers, proof, and logic. Being part of the place wasn't in the curriculum. But ecologists look at the health and resilience of the natural world. They worried early about erosion, air and water pollution, and climate change, because those cause deterioration of ecosystems. Reaching out to include humans in their cities, suburbs, and farms was a late 20th century expansion, but it followed from seeing our world filling with people; no longer was there a wild nature Out There; no longer pristine, nominally wild areas were criscrossed by all manner of human activities. (All earth's land have been visited by humans for thousands of years, but the humans have doubled their numbers 4 times in the last 200 years, to nearly 8 billion (see graph) and travel much more easily into remote areas.)

So, if I try looking forward, perhaps to when people who are children now are the elderly, say 70 years hence, what could it look like, if we in the United States behaved like we were naturalized?

North America, as our home, would be a place to nurture. If we have 15" of rain a year (the Colorado Front Range), the plants around us would get by on that, unsupplemented. What crops would the region produce? Low-water crops. Those exist. Right now they are outcompeted in the marketplace, but in 70 years, conscious shoppers and agricultural progress could change that. Yards and gardens should survive on the water available. A lot has already been done in that direction, lots more is possible.

Likewise, perhaps 70 years from now will find each region of North America cherishing its native animals and plants, from the distinctive butterflies, songbirds, and ground squirrels, to western vs eastern milkweeds and northern vs southern grasses. If we were naturalized to wherever we live now, we would encourage local ecosystems because those, having evolved here over the last several millennia (or much longer), effectively capture water, build soil, clean the air, etc. And because they are ours.

I can see the beginnings of this. There are many more water-efficient yards than 30 years ago, we are promoting planting native plants to support native insects, and we are building corridors that connect scattered natural areas allowing native animals and plants much larger ranges.

It isn't really much of a choice. A good future for the United States requires that Americans naturalize, supporting their ecosystems rather than exploiting them. Otherwise we'll have an unhealthy population, spend a lot of money cleaning up food and water, and pay high prices to import things that we could have produced ourselves, if we had managed our resources better.

I do not see living sustainably as a loss. Clever solutions to ecological problems will win for everyone. Clean water and air benefit everyone. As minerals become harder to mine, recycling will keep them available. Renewable energy will not, like fossil fuels, steadily become rarer and poorer quality, so  switching to renewables will keep energy affordable beyond those 70 years. There'll be changes in life-style, but those can be positive. There was a time I didn't believe battery-powered cars would be practical, and now there are electric cars. People's mountain cabins are much nicer these days because they can get heat from solar cells. Reusable bags are often practical art.

Kimmerer wrote "We have enjoyed the feast generously laid out for us by Mother Earth, but now the plates are empty and the dining room is a mess. It is time we started doing the dishes in Mother Earth's kitchen. Doing dishes has gotten a bad rap, but everyone who migrates to the kitchen after a meal knows that that's where the laughter happens, the good conversations, the friendships."

"If land is just real estate, then restoration looks very different than if land is the source of a subsistence economy and a spiritual home, [a source] of cultural identity."

Cultural and personal attachment to, and responsibility for the land I live on is the idea I am turning over. It isn't new to me, but it is so multi-faceted. I've lived in many places in the United States. I cherished each for its climate, its plants (native and introduced), its distinctive animals. I very clearly identify as a citizen here. A biologist would call me naturalized. How can I do a better job of integrating my life style with the land I live on? I'd like my actions to be part of creating a sophisticated, comfortable life style that is in balance with the land. Working on it...

Posted by A Wandering Botanist at 2:18 PM